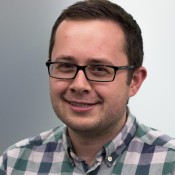 In his role as Deputy Trust Executive, Matt is involved in all aspects of the Trust's operations, including evaluating proposals, liaising with grantees and managing communications.

Matt joined the Trust in 2011, having worked as a researcher with the Sainsbury Family Charitable Trusts for the previous year. Since joining Indigo, Matt has led the Trust’s work around open data, particularly its involvement with the International Aid Transparency Initiative and 360 Giving and is also involved in all other aspects of the Trust’s work from evaluating grant proposals, working with existing grantees and spotting new funding opportunities.

Matt holds a BA Modern Languages from the University of Bristol, where he also studied for an MPhil on minority groups in the early German Democratic Republic. He also holds an MSc in Development Studies at Birkbeck College, University of London. Prior to joining the trust, Matt worked as a freelance translator and film/TV subtitler for a variety of clients while living in Berlin.