Since 2013 Indigo has been supporting efforts by the British Library to conserve and digitise materials from their War Office Map Archives. This latest post – written by the Library’s Nick Dykes (Project Manager, Modern Maps) and reproduced here with his kind permission – gives an update on some of the stories the work has been uncovering.

Around the turn of the 20th century the British War Office in London maintained a library of original, mostly hand-drawn mapping that covered large parts of the world where detailed and reliable surveys were not otherwise available. The maps were gathered from a rich variety of sources including military expeditions, boundary commissions, explorers, travellers, missionaries and spies, and they were used by the War Office for making and revising official printed products.

The maps are now held at the British Library in the ‘War Office Archive’, and generous funding from Indigo Trust has allowed us to continue cataloguing, conserving and digitising portions relating to Africa, where the archive provides unique details of settlements, populations, communications and land-use immediately before and during the period of European settlement.

Most recently we have digitised maps relating to the former Transvaal Colony, including sheets made during the South African War, also called the Second Boer War. ‘Survey of Position Held by Enemy near Belfast. August 1900’ was made in the days following the Battle of Bergendal, the last pitched battle and a turning point in the war. The map is hand-drawn to a high standard, perhaps in anticipation of reproduction and publication, but this appears to be a unique copy. 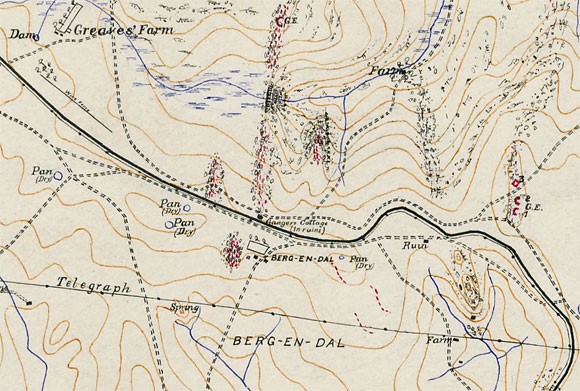 Detail of ‘Survey of Position Held by Enemy near Belfast. August 1900’ WOMAT/AFR/TRA/23

Gun emplacements and rifle pits are shown in red, alongside detailed contour work and rock drawings. Plans and profiles of enemy gun positions are provided around the sides of the map. 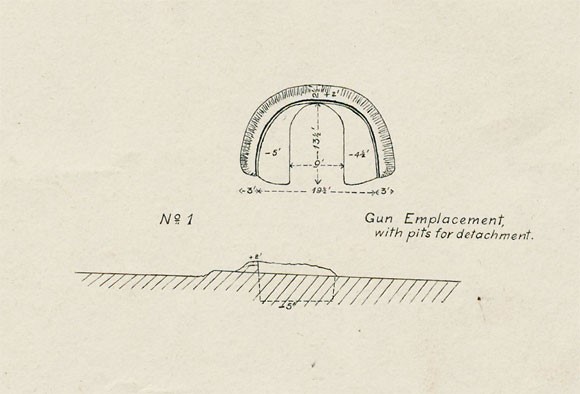 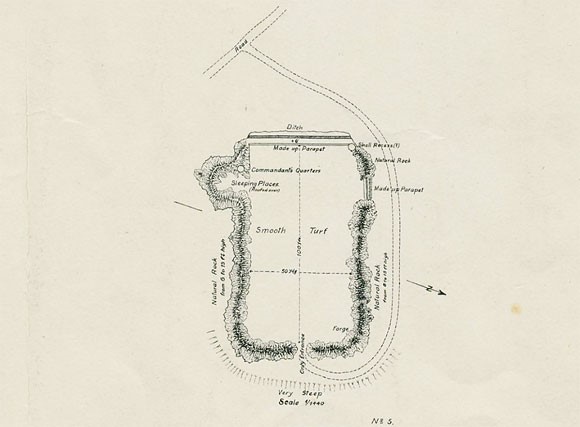 In a less finished style, but with no less detail, is the following ‘Road Sketch’ from 1906, which shows a 200-mile stretch of the boundary between present-day South Africa and Mozambique. It too is made with an eye on military logistics, and provides details of terrain and road conditions, availability of food and water, and the characteristics and numbers of personnel at forts along the route. All of which provides rich data for present-day researchers. 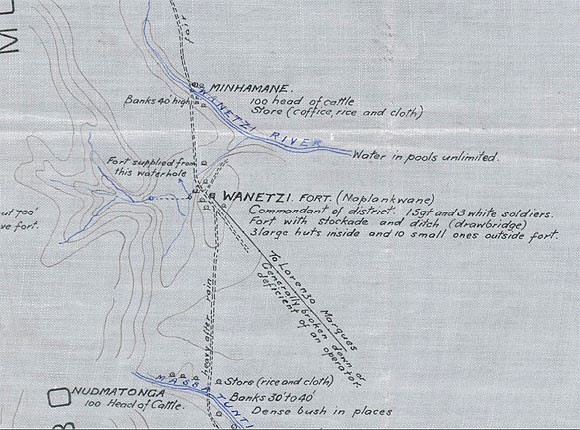 There are now a total of 1,840 map images from the archive available to view on the BL website or to download from Wikimedia, covering large parts of eastern and southern Africa. The catalogue records and images can also be browsed from the geographical search page, shown below.