It can be hard to talk about failure, particularly when charities are competing for resources and recognition.  None of us likes to admit that things go wrong.  However, in the social change sector, if we want to take risks and innovate with new approaches, failures at times are inevitable.   As long as we move forward quickly and learn from them, they can actually help us improve our ways of working and maximise our impact. 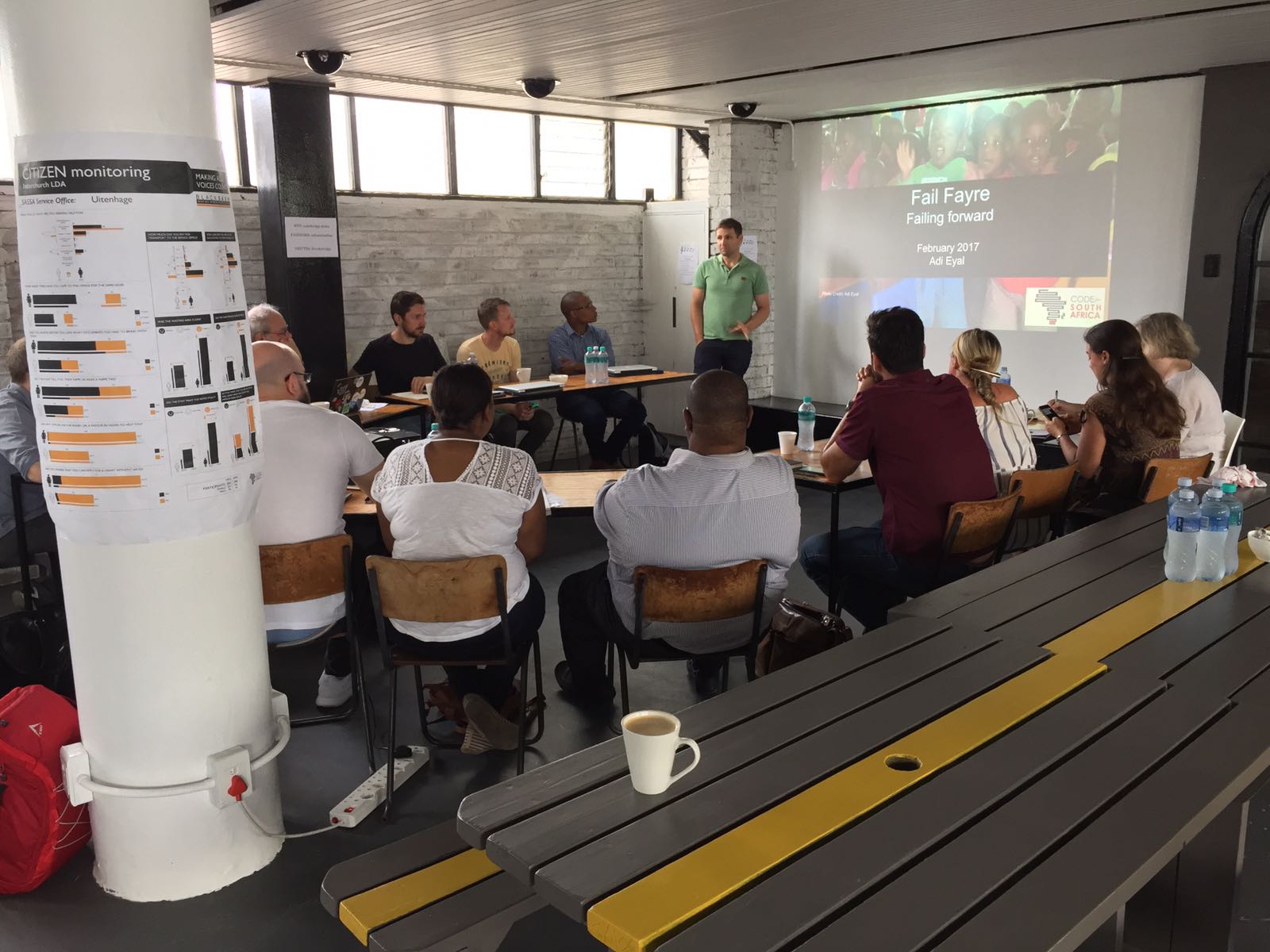 We brought our grantees in Cape Town together to share their biggest mistakes and failed projects.  It was an incredibly animated discussion and encouraged honest discussion that revealed several common mistakes that new civic tech initiatives often encounter.

A blog post would never be sufficient to capture the full discussions, but I wanted to share some common themes:

Many supported user-centred design approaches to combat this but funding structures often don’t allow for this as funders often ask for clear project proposals with specific outcomes, which stifles innovation.

Adi from Code4SA made a suggestion which I like.  Funders should stipulate that organisations assess a project mid-way and adjust the project and milestones accordingly.

This requires strong partnerships.   These can be challenging due to differing objectives.  It takes time to build relationships externally and really clear plans and commitments need to be put in place to keep collaborative projects on task and on time.

As Alison Tilley of Open Democracy Advice Centre said, ‘It takes a village to solve a problem’.  Universities, techies, activists and social organisations need to work together to effect change.

As Raymond Joseph, who ran Ground Source for us said, ‘marketing is seen as an add on and it shouldn’t be.’

Adi from Code4Sa rightly reminded us that ‘You care about your project way more than anyone else does.’

Social media and reporting platforms can enable people to share and create information and mobilise at a lower cost, greater speed and faster scale than was ever previously possible, but they require the building of a community (online and offline).  Organisations are still figuring out how to build communities and keep them actively engaged.

Some of this can only really be brought to life through examples.  In the coming months, we’ll attempt to share some with you.  Watch this space.