Yesterday saw the Open Data Institute’s Annual Summit, which aims to showcase open data work from around the world and bring together individuals and organisations working with open data in the public, private and third sectors. The highlight of yesterday from an Indigo point of view was the award of the Women in Data award to the 360Giving team for their work over the last couple of years to open up a world of data on philanthropic giving in the UK. Having seen 360 grow from an idea through to a fully-fledged organisation, it’s good to see their work be recognised by the open data community.

But yesterday was a chance to learn about some other open data initiatives that I wasn’t familiar with and to try to start and understand sectors I don’t know. One of those is the world of air pollution. French-based Plume Labs are doing interesting work on the problem and have developed a number of apps and tools designed to help people address the question of air pollution. 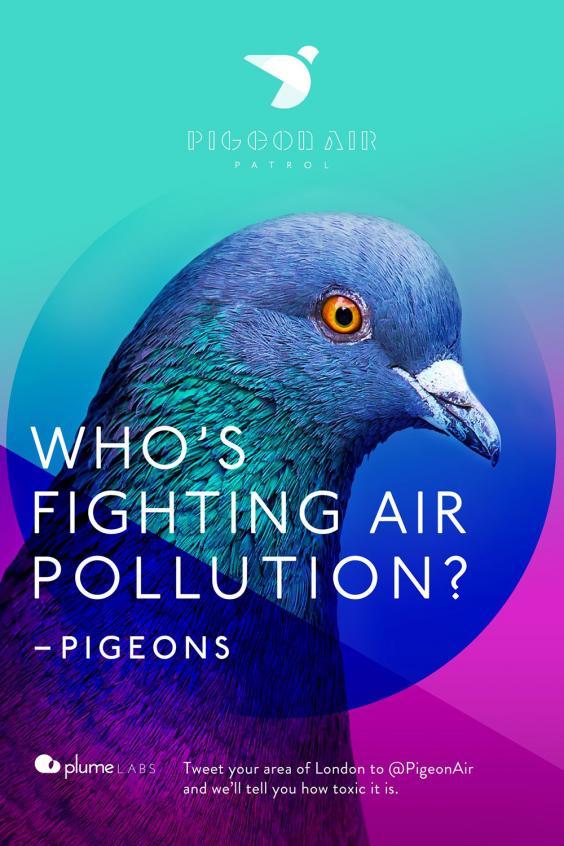 And they’re certainly succeeding in raising plenty of attention. Press coverage, arresting images and the use of tiny pollution monitors attached to the capital’s pigeons are all brilliant ways of getting people’s attention and increasing awareness of a huge problem that causes thousands of avoidable deaths each year. But the really interesting question is whether these tactics lead people to alter their behaviour in the real world. Does awareness of air pollution cause people to alter their driving habits or perhaps take an alternative, less polluted route home? Moving from awareness to real behaviour change – especially in the area of public health – is a huge challenge. The message may well get through, but how that practically alters our behaviour is a fascinating question. It’s not just a question for the open data community, but it is one that the community needs to address sooner rather than later.

In cases where open data has made a real difference to the way that people do things, those initiatives have been lauded and are paraded time and again as examples of the value of open data (think CityMapper and transport planning). How we emulate or replicate that success, however, is proving difficult. Realistically, just a fraction of the open data that exists has appreciably altered the way that we do things. A focus on numbers of datasets or the volume of data out there is probably unhelpful. The UK’s Department for Environment, Food and Rural Affairs, for example, has put in considerable effort to open up more than 13,000 datasets. That’s no mean feat, but what proportion of those datasets are truly valuable and solve problems that people have? Of course, it’s impossible to tell for certain which datasets people will use and how – one of the joys of open data is that it is there for people to use in whatever wonderful, wacky or brilliant ways they want. But we can predict or research which bits of data people or organisations might practically use. We can try to understand what data will make a real difference and focus our efforts on that, while continuing to publish as much as possible. At next year’s summit, I’d like to see some new examples of open data making a practical, real-world change to how people do things. Initiatives and ideas are one thing, awareness raising is good, but real change comes from altering the way in which we do things – whatever those things may be.