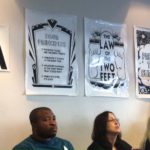 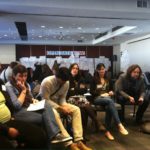 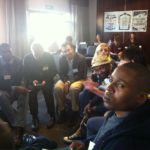 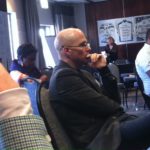 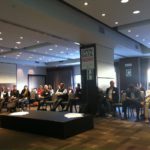 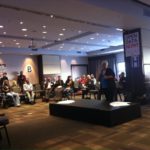 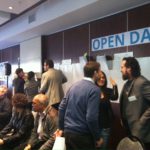 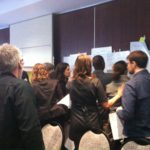 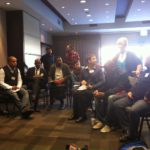 On 30th June and 1st July Code4SA partnered with Creative Commons and Silicon Cape Initiative to run an open data unconference (funded by us).

Government officials, techies, activists, journalists, funders, academics, civil society representatives and interested citizens joined together to create their own interactive experience exploring key issues around open data varying from its use for social change, improved service delivery, using data to strengthen journalism, improve efficiency of government departments and ensure citizens get the information that matters.  It lead to a number of tangible commitments and helped to connect the dots between the players that can turn data into tangible outcomes which you hear more about in the Press release below.  If anyone wants to find out more, contact Adi Eyal on adi@code4sa.org.

Here’s a Press release from the team:

ISSUED BY:   Code for South Africa

Over 90 of South Africa’s open data experts from government, civic organisations and private enterprise met at the Open Data Now Unconference in Cape Town last week to take the first steps in creating an open data society. Delegates promised, amongst other commitments, to build a government API catalogue and create a South African data visualization community for open data experiments.

Open data encapsulates the ideal that by making data available, government and other organisations can promote transparency and accountability, stimulate the growth of a more active citizenry and create an environment where entrepreneurs can create new products and services.

In particular, government data is encouraged to be open, since it promotes transparency and civic engagement. Section 32 of South Africa’s Constitution guarantees access to information[1].

Government and government-related data, and the opening up of that data, took early center stage at the event. The commendable work by the Independent Electoral Commission (IEC) in the creation of its live elections application programming interface (API) was highlighted, and inspired other governmental organisations to accelerate their API programmes. Statistics South Africa committed to investigating APIs for its future projects.

An API offers a standard framework for computers to send and receive data, allowing applications such as maps and visualization software to grab live data from sources like the IEC and Stats SA. In the IEC’s case, its live data was used for the wildly successful and popular live elections maps as seen on the Mail & Guardian[2] and Media24[3] during the elections.

The City of Cape Town was well represented, with the City in an advanced phase of launching an open data portal.

The event, hosted by Code for South Africa (Code4SA) with Creative Commons South Africa and Silicon Cape and funded by the Indigo Trust, was structured as an “Unconference”, with a great deal of networking and fostering collaborations between government and open data pundits.

“We’re particularly excited that a commitment was made for an open data audit,” says Code4SA founder Adi Eyal. “Essentially, we’re finding out who’s working in the open data space in South Africa, and what projects they’re working on.” A strategy to create an API catalogue of all government datasets was also decided upon.

“What’s great is that we got actual commitments — people putting their names down, committing themselves and their organisations to real tasks,” says Eyal.

“The Open Data Unconference is all about bringing the different stakeholder groups together in one place. The result is people speaking the same language, about the same topics, even when coming from completely different worlds.”

[1]“Everyone has the right of access to any information held by the state; and any information that is held by another person and that is required for the exercise or protection of any rights.” – South African Constitution, Section 32.