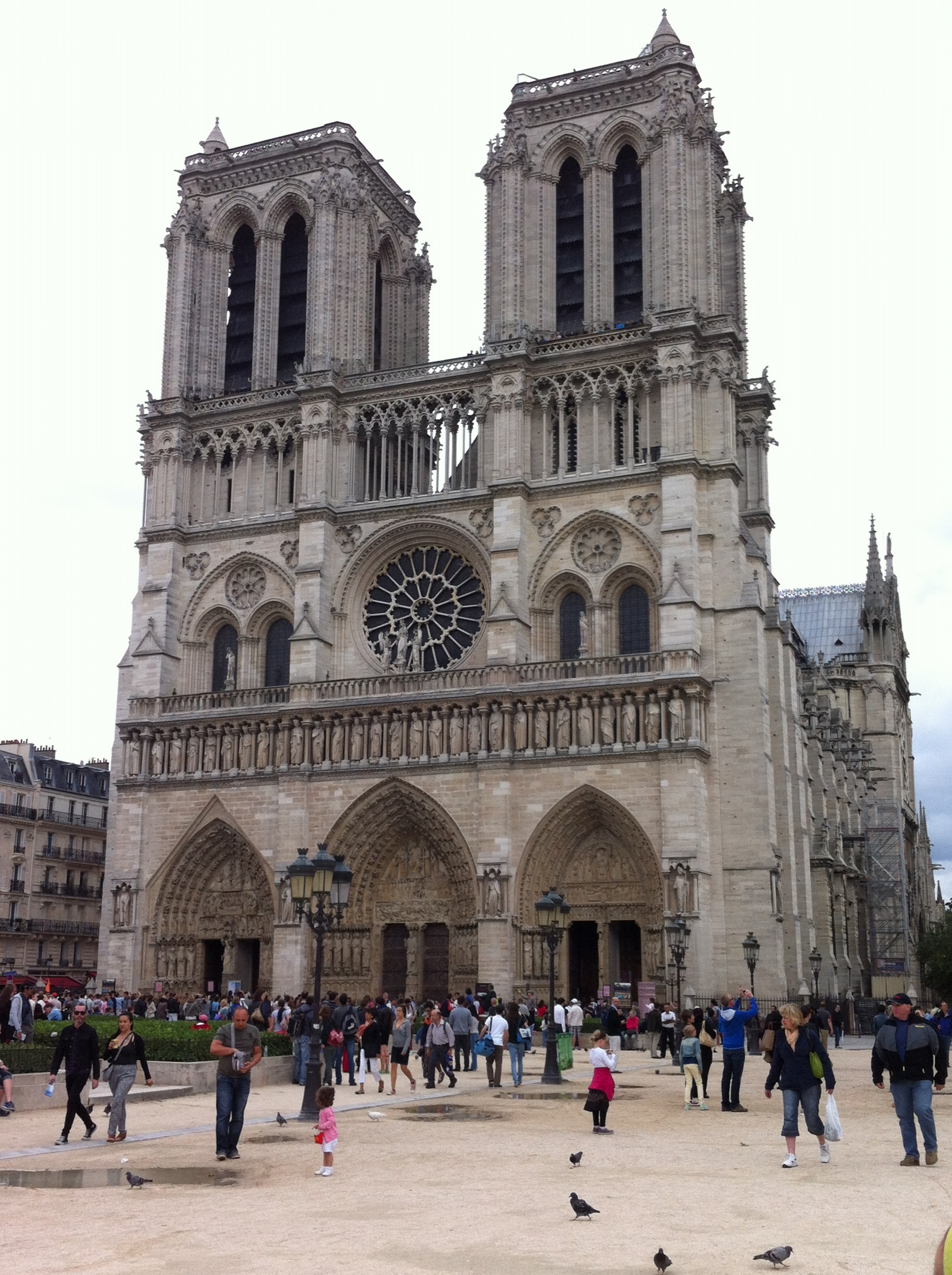 Open Legislative Data in Paris: A Conference of the Third Kind with Hacktivists and Academics is perhaps not the most grippingly named conference I’ve ever attended. It’s living proof, however, that you shouldn’t judge a book by its cover (or a conference by its name). Over the course of two days, representatives of parliamentary monitoring organisations (PMOs) from five continents came together with academics, funders and a couple of parliamentarians to discuss some of the challenges and successes of monitoring parliamentary activity. With more than 50 speakers it would be impossible to summarise everything, but here are just a few highlights from the two days.

Although it might seem a little pessimistic to start off by talking about the challenges faced by PMOs that want to open up parliamentary data to greater scrutiny and analysis, much of the talk over the two days concentrated on the difficulties faced by PMOs across the world. Perhaps unsurprisingly, getting hold of data was top of the list for most. In some countries, high quality, reliable data may simply not exist. Under-resourced and understaffed parliaments that lack a sound IT infrastructure may well be unable to collect and store data in a systematic fashion. For them, publishing comprehensive and timely data in a machine-readable format that can easily be accessed online is probably little more than a pipe dream. Having said that, PMOs in countries such as the US and UK face data accessibility issues of their own. It could be that parliament publishes data in a variety of locations or that data is duplicated or that it is published in a format that isn’t easy for computers to be able to access and analyse. This may be deliberate obfuscation or it may simply be the result of an ill-thought out or uninformed decision.

In some instances, however, parliaments are resistant to change and vested interests can play a huge role in determining the amount and quality of data available to PMOs and others. The issues of patronage and vested interests came to the surface in a great talk given by Fabrizio Scrollini on the challenges faced by PMOs in Latin America, although his observations are equally applicable to legislatures elsewhere. So, while politics can often be 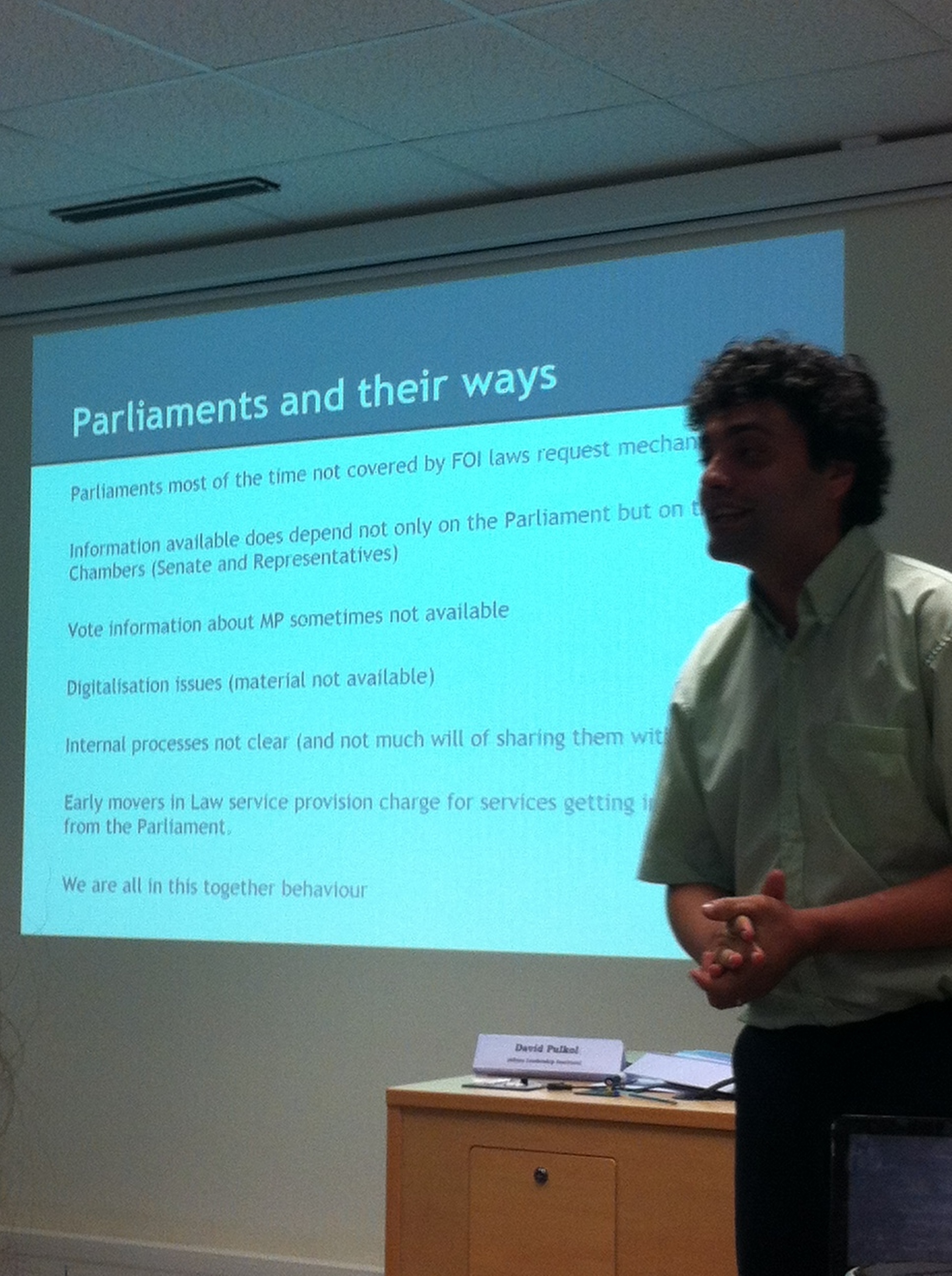 a brutal environment in which opposing parties exchange blows (mostly verbal, sometimes physical), when vested interests and privileges are threatened, MPs may well close ranks. Equally, in countries with a history and culture of patronage, breaking those traditional power structures and exposing the connections between politicians, business and others threatens to end an entire way of working. In such circumstances, it’s hardly surprising that politicians may be resistant to greater scrutiny and increased access to data. Even where PMOs do have access to data, getting their voice heard can be tricky, especially in countries where there is a media monopoly whose power relies upon being in the government’s good books.

While vested interests and shady politicians are the stuff of all good thrillers, PMOs face other, less well documented problems. In some instances, for example, parliamentary activities simply aren’t suited to capture by new technology. In Norway, Holder de Ord have developed a tool to allow citizens to track whether their politicians are keeping the promises they made before being elected. It’s capable of monitoring yes/no votes, but ill suited to capturing the outcomes of more complex procedures. In Argentina, meanwhile, as many as 80% of votes go uncounted as they are simple voice votes, rather than roll-call votes. The difference between these two voting methods is that roll-call votes require parliamentarians to declare individually whether or not they support a motion or bill, while voice votes occur collectively within the chamber and the side that shout the loudest win. It seems a curious way of deciding things, but it happens in some of the world’s most established parliaments, including Westminster.

I’ll give the final word to one of Indigo’s grantees, Tom Steinberg of mySociety, whose entire talk focused on three problems facing the open legislative data community:

While the NDI are trying to establish a common standard of openness for parliaments, Africa i-Parliament have been developing a brilliant tool, Akoma Ntoso, which aims to provide a ‘“machine readable” set of simple technology-neutral electronic representations (in XML format) of parliamentary, legislative and judiciary documents’. The aim is to allow parliaments to publish bills and legislation in a standardised way that allows easier access and greater ability to track amendments. It was recently adopted by the European Parliament as their preferred platform for publishing legislation.

Claire-Emmanuelle Longuet, meanwhile, offered a view from the other side of the table when she spoke about the French Senate’s experience of using technology to increase efficiency and open up parliament. Their BASILE site allows people to track questions and answers to French senators and is a welcome example of how some parliaments are trying to open up to the public. The tension between activists and parliamentarians was a constant theme throughout the conference. In many cases, this tension is understandable as parliaments on the whole are slow to respond and adopt new tech tools. But recognising that there are some parliamentarians who believe in greater transparency and want to improve the efficiency of their chambers and working with them is one way forward. Chakshu Roy, a transparency activist from India, paid tribute to the many good MPs in his country who are doing a lot with very few resources. It was a welcome break from the usual round of politician-bashing and a nice reminder that we should almost certainly be doing more to engage forward-looking parliamentarians in the transparency agenda, rather than simply viewing them implacable opponents of greater openness.

In addition to greater collaboration between reformist representatives and transparency advocates, greater collaboration and sharing between PMOs seems obvious, although there was a good deal of scepticism and resistance to this idea. Objections to closer collaboration included the fact that national parliaments are very different from one another, developers and coders like to work in their own programming language, a sense of ownership is reliant upon building a project from scratch etc. While each one of these has its merits, it does seem incredibly wasteful that almost every PMO has written its own code and built its own site from scratch. To be clear, there’s absolutely nothing wrong with competition and alternative models/codebases, but when it results in monumental inefficiencies and delays, it’s not the best use of anybody’s time or money.

It would be wrong to finish this post, without reflecting upon some the successes that the PMO movement has had over the past few years. First and foremost, it’s important not to underestimate how recent a development parliamentary monitoring sites are. In just a few years’ time, activists, coders and others have built no fewer than 40 sites that form a network stretching from Argentina to Australia and Tunisia to Austria. Both the UK’s mySociety and Germany’s Parliament Watch are now working internationally to get others to replicate their sites for their own countries. The hope must surely be a broader network of PMOs in which voters in every country are able to access information on their representatives and what they’re up to. 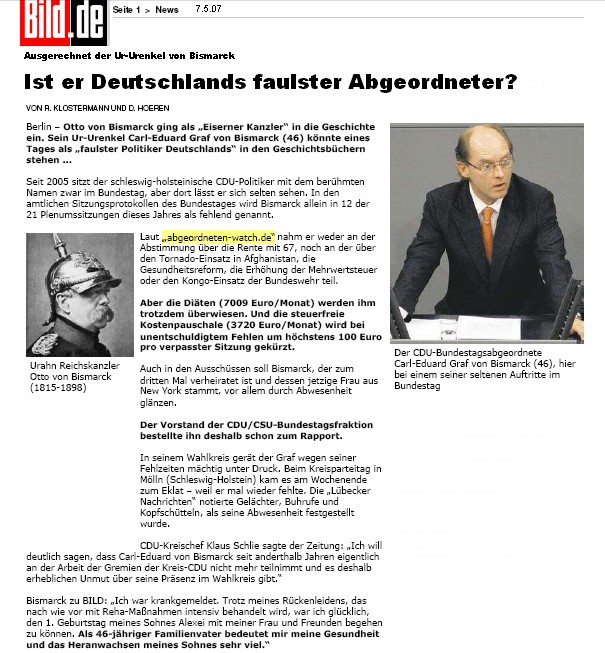 And although PMO sites are still young, they have had a number of successes. In Germany, the country’s ‘laziest MP’ was forced to step down once his abysmal attendance record at parliament became clear for all to see thanks to the Abgeordneten Watch website. In the UK, citizens have submitted over 120,000 Freedom of Information (FOI) requests through WhatDoTheyKnow. And the European Parliament, as we have seen, has committed to using the AkomaNtoso platform to publish legislation in a commonly agreed, machine-readable format.

Given the growth of PMOs throughout the world, the conference was a reminder of the fact  a great deal has been achieved in the last decade to make parliamentarians more accountable and accessible. While a lot remains to be done, it’s important not to underestimate the size of the achievement to date. If the next ten years are as fruitful as the last, then we have reason to be hopeful.